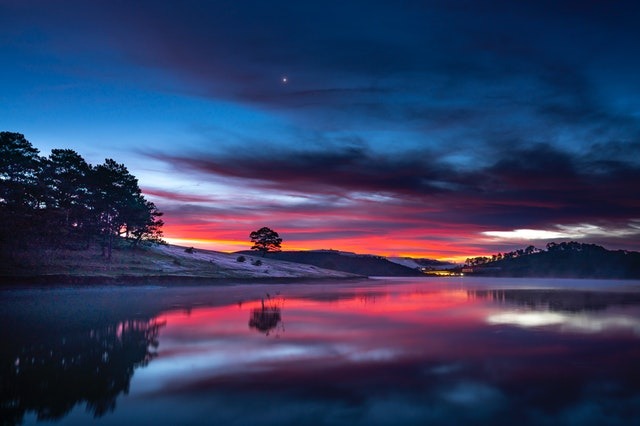 10 Best Paradise island destinations you must visit once

Islands are interesting and full of excitement. Visiting an island destination is like a dream come true for any travel enthusiast. There are many beautiful island destinations on the planet which gives you a whole new experience.

The Maldives remains a wide tropical nation of Indian Ocean. It is very renowned for its beaches, blue lagoons, and extensive reefs. It is one of the best island destinations in the world. The islands are enclosed by a lagoon blessed with crystal clear water. The capital, Male, has an enormous fish market, restaurants and shops These islands give a beautiful visual of reef structure, housing one of the most exclusive and prodigious underwater natural life. Maldivians are admired all over the world for their hospitality and generosity towards their guests.

The Maldives boasts of an amusing culture in which they display famous singing and dancing culture known as “Bodu Beru”. Maldivians are also well-known for being fervent craftsmen. The Maldives is suitable as a romantic, fun and thrill holiday destination.

The Hawaiian Islands are an archipelago of eight major islands, several atolls, numerous smaller islets, and seamounts in the North Pacific Ocean. Major islands are having its distinct sights and adventures which are Kauai, Oahu, Molokai, Lanai, Maui and the Island of Hawaii. It is also known as the Islands of Aloha.

The cultures of Hawaii like Hula and Luau are also very famous around the world. Each island in the Hawaiian has an exceptional persona and offers visitors a unique experience which makes is one of the best island destinations. From surfing the placid waves of Waikiki Beach to snorkelling with manta glimmers on the Kona Coast, the Hawaiian Islands are truly an adventurer’s playground.

Bali is an Indonesian island known for its forested volcanic mountains, iconic rice paddies, beaches, and coral reefs. The island is home to sacred sites such as Cliffside Uluwatu Temple due to which it is also known as The Island of Gods. To the south, the beachside city of Kuta has lively bars, while Seminyak, Sanur, and Nusa Dua are popular resort towns.

The island is well-known for its yoga and meditation sanctuaries. Balinese themselves welcome their guests with a warm and generous gesture. Bali is one of the tropical destinations where you can experience a vibrant and dynamic mood of adventure, fun, and Romance.

Santorini is one of the beautiful islands of Cyclades islands in the Aegean Sea. In Santorini, you will get to see the whitewashed, cube-shaped houses of its two wonderful towns, Fira and Oia, appended with cliffs above an underwater caldera. Here you can overlook the sea, small islands to the west and beaches made up of black, red and white lava pebbles.

It is one of the most beautiful island destinations in the world. There’s a wonderful wild landscape of Red and Black rocks around the crater on Nea Kameni, a small island at the centre of the caldera. You can enjoy the hot springs on the small island of Palia Kameni. In Santorini, you can encounter one of the most ancient and well-preserved civilizations in the Mediterranean.

Virgin Gorda is a Caribbean island located in the British Virgin Islands. On the southern end of the island, there’s a place known as Baths is one of the major tourist destinations where a labyrinth of beachside rocks forming a chain of pools and seawater-flooded caves. White-sand beaches nearby include Spring Bay and Devil’s Bay, plus Savannah Bay are the wonderful spots in the north.

In the islands mountainous north, tracks lead up Gorda Top to a viewpoint tower with beautiful views of the surrounding islets. With crystal clear waters and pleasant trade winds year-round, for tourists, the British Virgin Islands are a pristine playground filled with adventure.

People are very friendly and proud of their region. Tourists moving towards north will find an uncrowded region of independent cultures fringed by dense forest. You can explore harbour city Nanaimo, home of chocolate-and-custard Nanaimo bars which also has an Old City Quarter with shops, galleries, and restaurants. Vancouver Island is covered with colourful, bizarre communities and many can be founded on logging or fishing.

Hamilton Island is one of the Whitsun day Islands in Queensland coast and one of the most desirable island destinations of Australia, close to the Great Wall Reef. With its white beaches, famous crystal clear waters and richness of marine life Most of the island is covered with bushland and the coast is fringed by the coral reefs.

Here you can get close sightings of koalas, kangaroos, wallabies and kookaburras. Trails lead up to the Passage Peak in the east, with sights of the nearby islands. Here you can discover the underwater wonders of the Great Barrier Reef. Climb over the rainforest on a Sky rail adventure and weave through the jungle past gorges and waterfalls on a historic railway. Enjoy a friendly and powerful indigenous experience. Here you live and enjoy the relaxed lifestyle in Australia’s major tropical gateway.

Cape Breton Island located at the eastern end of Nova Scotia in the Canadian province. World-famous Cabot Trail gives a rugged beauty of the coastline and cliff-hugging curves encircling the island and passing forests. Culture and heritage of island have carved out the people along wonderful views, highland crests, and historic sites and here you can feel the lively sounds of fiddles at Canada’s musical coast.

Discover the rugged beauty and cliff-hugging curves of the world-famous Cabot Trail. The drive borders Cape Breton Highlands National Park, whose Skyline Trail footpath oversees the Gulf of the St. Lawrence, well-known for migratory whales. The town of Sydney integrities local music with the Big Fiddle, a colossal violin statue on the waterfront.

Borneo, a big, rocky island in Southeast Asia’s Malay Archipelago, is one of the largest island united by the Malaysian states of Sabah and Sarawak, Indonesian Kalimantan & the small nation of Brunei.

It is also one of the best island destinations and known for its beaches and ancient, biodiverse tropical forests, home to wildlife including orang-utans and clouded leopards. Borneo cultural affinities come from the surrounding states of Malaysia and the Indonesian states. Sabah has so many adventure spots like Mount Kinabalu (the island’s highest peak), offshore and the famous hangout spot Sipadan Island.

Praslin is the biggest island in Seychelles, in the Indian Ocean. The beaches on Praslin stand out with so many famous names, Anse Lazio, Anse Georgette whereas Anse Volbert-Cote D’Or, faces the offshore islet Chauve Souris which makes them the best destination worldwide. It is sparsely inhabited with merely 6500 people.

Praslin’s jungle-covered all the interior part which is home to Praslin National Park, which encompasses Vallée de Mai Nature Reserve. Seychellois culture reflects customs of different races & nationalities who inherit archipelago, including the Islamic mariners, the French settlers, the British colonials, the Tamil and Chinese traders, and the African slaves. Here you can enjoy golf on a championship course or discover the astonishing Coco De Mer, an exotic plant that leads to the belief that Seychelles was literally a Garden of Eden.

So these are some of the must-visit island destinations. If you’ve already visited any of these places then share your experience in the comments below.

Also read: 6 Best places in India to enjoy the snowfall during winter vacation