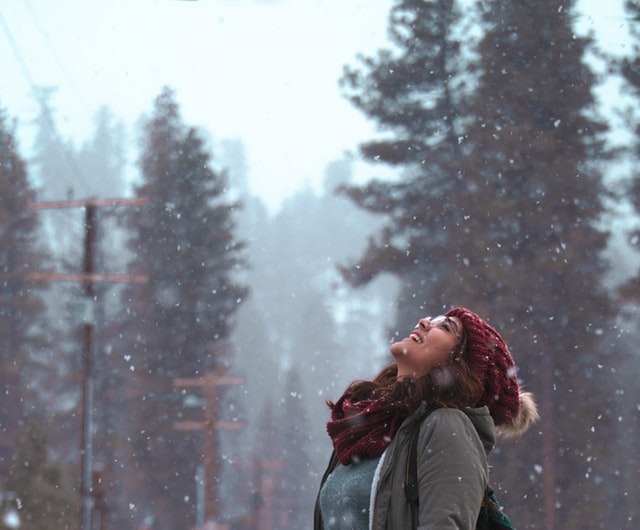 With the change in seasons and a drop in the temperature, most people start packing their bags during this time of the year. India is full of tourist places which include great summer destinations to beaches, the sea, the sand, the tropical forests, and the snow-capped mountains.

If you are among the one who wants to go at higher altitudes for a holiday to experience the snowfalls and the mountains then you must check out these white destinations that you can visit during your winter vacation.

Shimla is also Known as ‘The Queen of Hills’,This place is packed with destinations where you can experience the perfect snowy winter. Though shimla is an all-year-round destination, but in winters Shimla have its own charm.

Everything here is covered in white snow during this time. It is one of the best options that you can add to your destination list for winter vacation.

Places like Kufri, Narkanda are among the top tourist attractions of Shimla. Kufri is around 16 km from Shimla. At a much higher altitude, Narkanda brings out better panoramic views of the valley,at just 2-hours’ drive from Shimla and this place is best known for skiing. In the month of December.

Manali is one of the country’s most popular and favourite hill-stations – an ideal retreat for snow lovers. This place is also known for trying out various snow sports like skiing and snowboarding. Other tourist attractions include Bhrigu Lake, Hidimba Devi Temple, and the famous Rohtang Pass.

The scenic beauty is enhanced with towering deodar trees, sky-high mountains, long curve roads, and heavy snowfall. Manali is one of the best places to visit in India during the winter vacation. Popular adventure sports in Manali include ice skating, rock climbing, rappelling, and paragliding. Some nearby treks are the Solang Valley, the Koshla-Treeline and the Lamadugh Meadows trek.

Dharamshala is known as ‘the land of Lamas’, the Tibetan culture adds to the charm of this place. Although the winters in Dharamshala have its own distinctive charm.

Dharamshala is preferred by travellers for its trek lines, the valley gets covered by deep snow, making it one of the best places to visit during the winter vacation. Other attractions include the Tibetan Market, St. John in the Wilderness, Triund trek and Kareri Lake.

Uttarakhand has many tourist spots for all seasons, due to its proximity to the Great Himalayas. Also known as ‘The Skiing Capital of India’, Auli is preferred among travellers for skiing during the winter months.

However, it is not limited to skiing, you can indulge in various other activities such as trekking, snowboarding, and the longest cable car ride during the trip there. Auli is 10 hours drive from Rishikesh. Also, Auli host ski championships every year in February and people from all around the world come here to participate.

Dalhousie is one of the famous hill stations in north india. With chilly breeze and a view of snow-capped mountains, Dalhousie becomes a picturesque town. The most popular attraction being snowflake covered Deodar forests.

The National Himalayan Winter Trekking Expedition makes Dalhousie a must-visit for the trekking enthusiasts during the winter vacation.

From some of the oldest standing monasteries in the world to the pretty markets, gondolas, and the snow-capped peaks, Gangtok in Sikkim is in every hill-station lovers list. The MG Marg in Gangtok that was declared as the litter-free and spit-free zone, adds to the beauty of the place. Adventure sports here include paragliding, ropeway cable ride, white river rafting in Teesta and Yak Safari Tsongmo Lake, and attend the international flower festival which takes place during this time of the year.

Popular places to visit are the monasteries such as Rumtek Monastery, Pemayangtse Monastery, Namgyal Institute of technology, Trek to Nathula pass, Hanuman Tok, and the Tashi viewpoint.

Best known for its tea plantation across the world and its meandering toy trains, Darjeeling also leads when it comes to some of the best hill stations. This place also experiences snowfall in the winters. This place also celebrates the Teesta Tea & Tourism festival along with the Darjeeling Orange Festival that is organized during this time of the year.

Also read: 10 Best paradise island destinations you must visit once

Scroll back to top